In 1998, Raccoon City, a small mountainside town, was hit by an outbreak of the t-virus. Practically all it’s residents were turned into flesh eating creatures. A nuclear missile was fired at the city and the city, along with the t virus, was destroyed, along with Umbrella, who admitted to the incident. 6 years have passed since that horrendous incident, Leon S Kennedy, one of the survivors, is a trained agent who’s responsibility is to take care of the president’s family. On his first day, he is sent to a remote village in Europe, armed with only a 9mm pistol, to save the president’s daughter, who was apparently kidnapped.. After a nasty encounter with a strange man in a cabin, Leon is left in the village with his two police escorts dead. Now he must find Ashley in a village full of hostile locals.

Departing significantly from the series’ previous games, the player controls the protagonist, Leon S. Kennedy, from a third-person perspective. The gameplay focuses on action and shootouts with fewer survival horror elements. The camera is placed behind Leon and zooms in for an over-the-shoulder view when aiming a weapon, or a first-person view when aiming with a sniper rifle. There is no crosshair for firearms, instead, every firearm has a laser sight. Unlike previous games where players can only shoot straight, up or down, players have more options. For example, shots to the feet can cause enemies to stumble, and shots to the arms can make them drop their weapons. Players can shoot down projectiles like thrown axes or scythes. 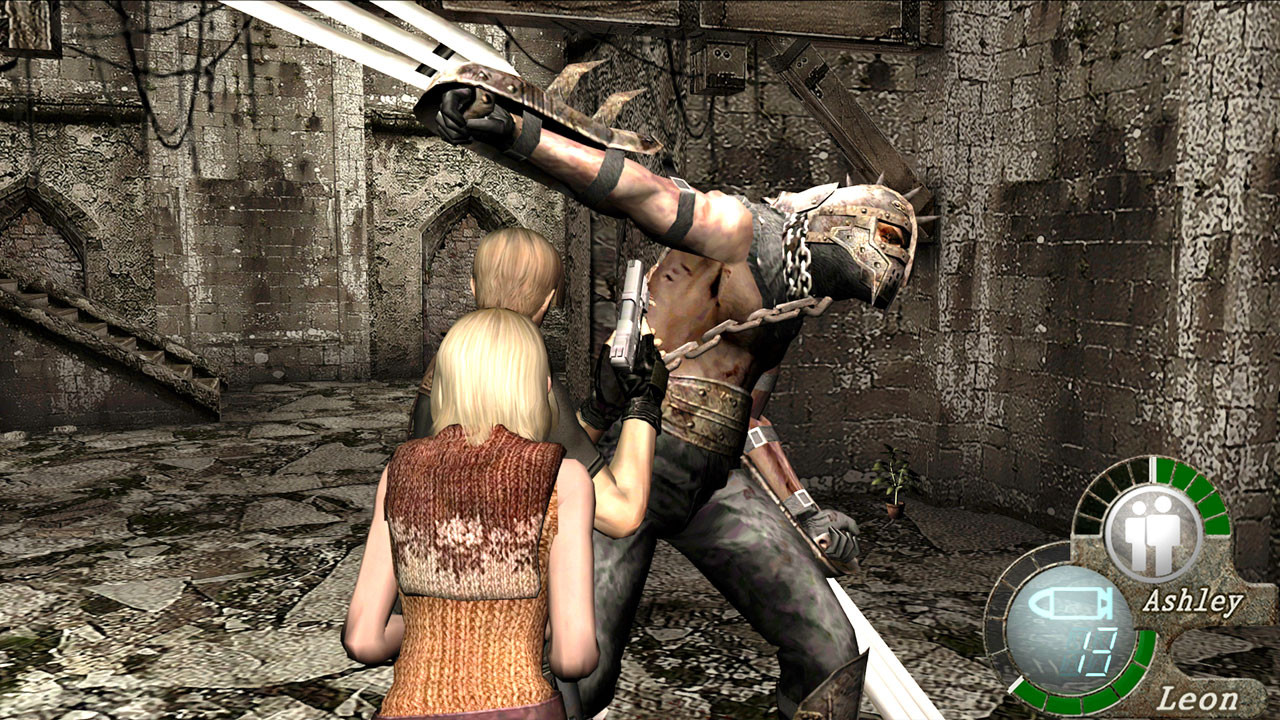 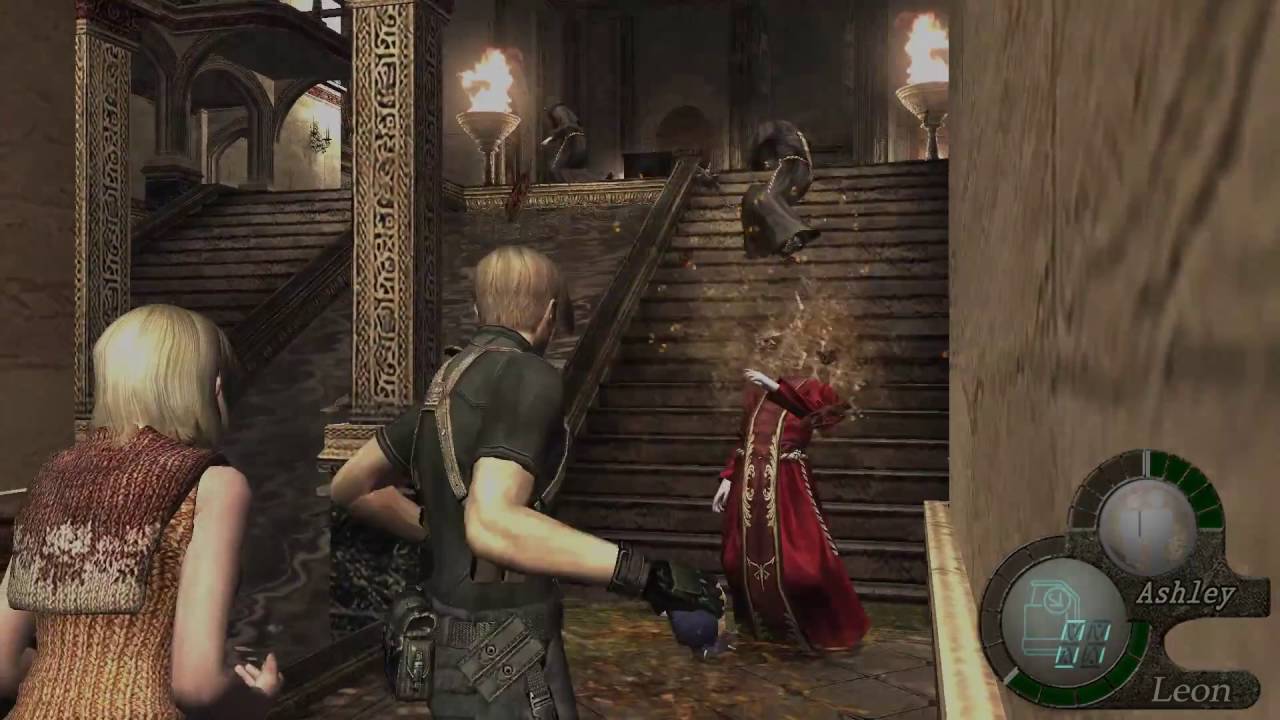 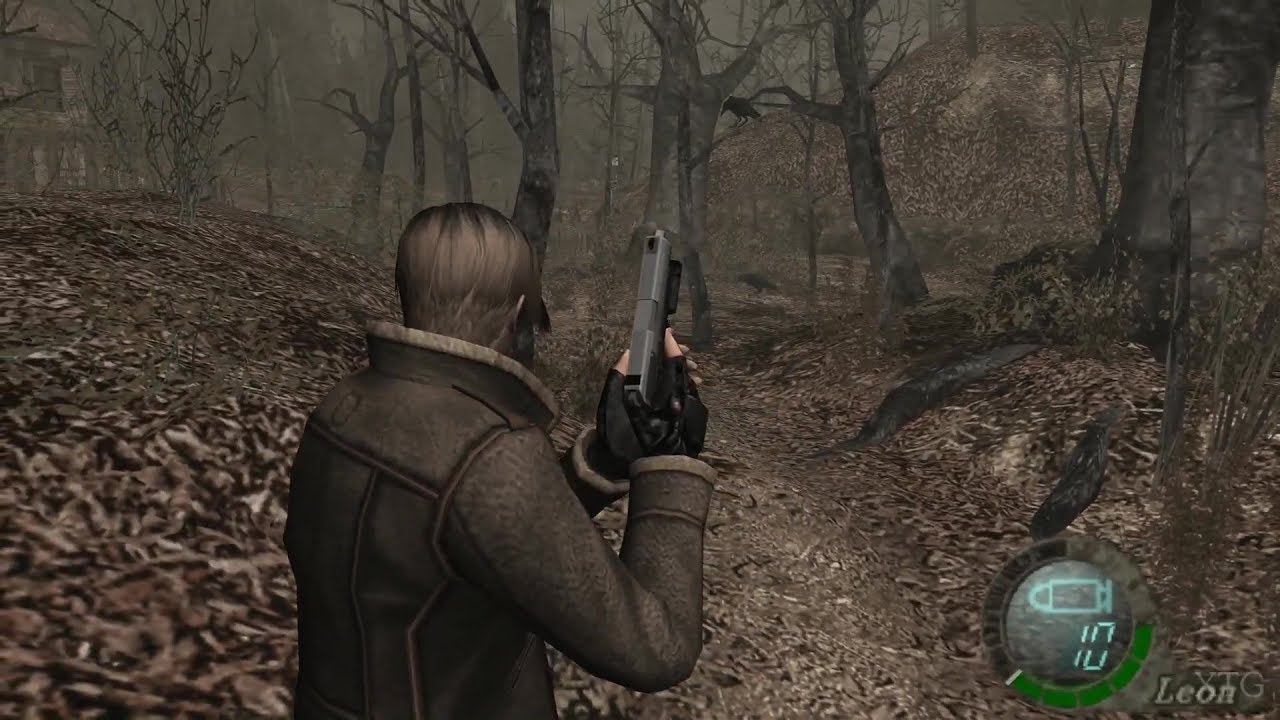